Chris Gillum (MSFT) 9/25/2017 3:42:46 PM
The following is a blog post written by one of our many amazing summer interns, Glenna. I had the pleasure of mentoring Glenna this past summer as she worked on a very exciting internship project: The Microsoft Graph bindings for Azure Functions, which was recently announced at Microsoft Ignite 2017. Glenna worked tirelessly on this project and was responsible for large parts of the implementation as well as presenting the project to her peers and local executives (and she did an excellent job at both). Unfortunately she had to head back to school before we could publish this post, but now that it's been productized and announced we are finally free to unleash it. :) Thank you Glenna for your awesome contributions to our team and to our customers. We can't wait to have you come back and join us full-time after your graduation! As an aside, it's very important to us on the Azure App Service team that our interns get to work on projects that are fun, challenging, have a legitimate business impact, and actually ship to production. The Microsoft Graph bindings and associated Azure Functions portal work is just one example among many others, and we're really excited to be able to finally showcase it. Here is Glenna in her own words (with a few edits from the team based on some changes that were made after she returned to school). Consider the content of this post as supplementary to our official documentation. 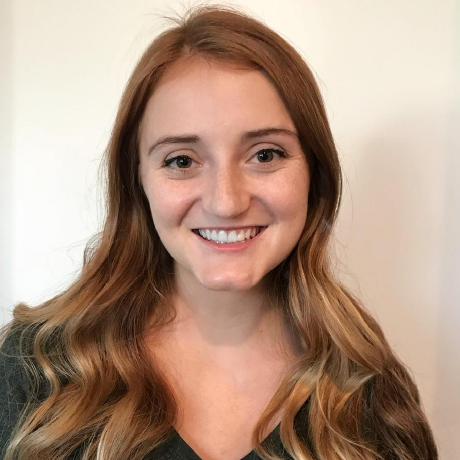 My name is Glenna and I am a software engineering intern on the Azure Functions team in Redmond, WA. As I write this, I am finishing up my last day on my twelfth and final week at Microsoft. My internship was a truly incredible experience. I learned a great deal not just about specific programming languages, but also about good engineering design practices. I got to work on both the nuts and bolts of my features as well as the Azure Functions Portal UX and UI. I attend the University of Virginia in Charlottesville, Virginia. In May of 2018, I will graduate with a Bachelor of Science in Computer Science.

Currently, the bindings can be grouped into four main categories: Excel, Outlook, OneDrive, and Webhooks.

The Outlook binding is an output only binding, and allows users to send emails from their Office 365 email accounts.

There are two bindings associated with Graph webhooks: GraphWebhookTrigger and GraphWebhookSubscription.

Actions mentioned can be performed using the current Office 365 user's identity, or using the Azure AD service principal identity of the function app. Which identity is used is up to the Function author. In order to authenticate against the Microsoft Graph as a specific user, either an ID token or an Azure AD Principal ID must be given to the binding. This identifier can come from a number of different sources. Examples of these sources include the currently authenticated Azure AD user (which can be captured from a session cookie or a bearer token), the content of an HTTP request, a queue, or an app setting.

An easily imagined scenario for these bindings is a business owner with customers who subscribe to their monthly newsletter. Customers provide their names and email addresses, which then must be added to an Excel file of customers. Using the Excel output binding, the business owner can select which Excel table to modify.  [caption id="attachment_5996" align="alignnone" width="997"] 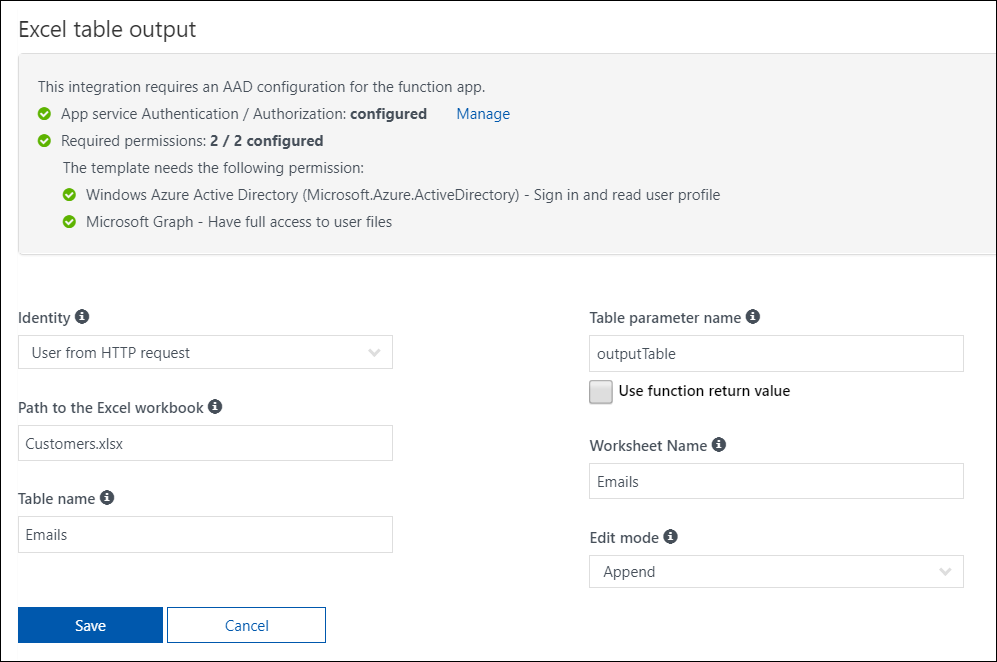 Excel output binding[/caption] The function code to append the Excel row is only a few lines long. In this example, the function receives a POST request with a user's name and email address and converts it into a custom EmailRow (POCO) type using the runtime's dynamic binding capabilities to remove the need for JSON manipulation. Every month, a timer trigger (or some other trigger type) fires and an email, the contents of which are determined by a OneDrive file, is sent out to each customer. The business owner can select the same Customers Excel file (Excel input binding)... [caption id="attachment_5995" align="alignnone" width="984"] 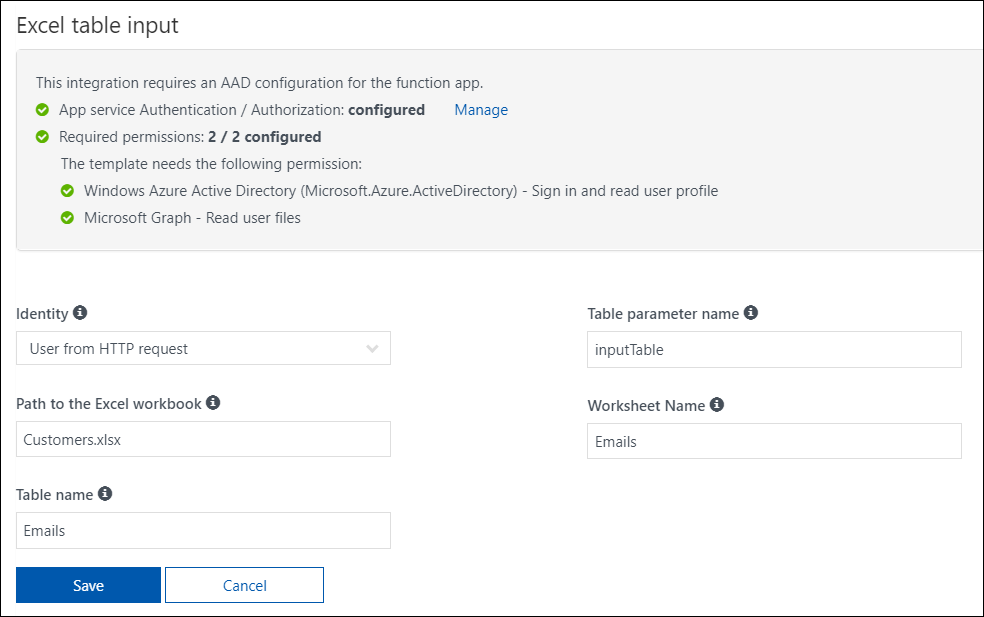 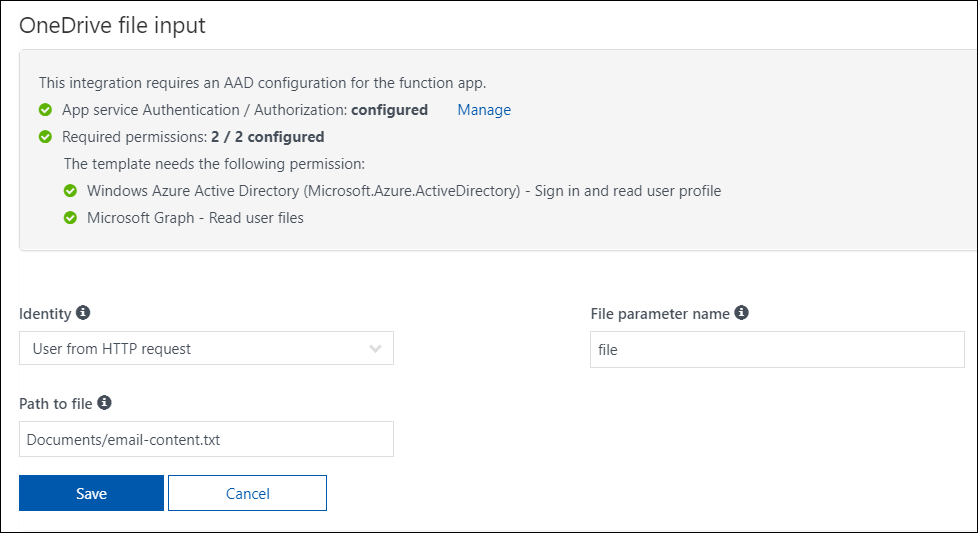 OneDrive input binding[/caption] ...and indicate that they would like to send emails via the Outlook output binding.  [caption id="attachment_6026" align="alignnone" width="993"]

Outlook mail output binding[/caption] The code below quickly scans the Excel table and sends out one email per row (customer). The aforementioned goals can be accomplished using just a few lines of code. No manual data entry, no hardwiring, and no additional services.